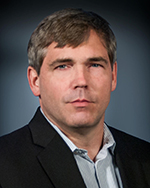 Responsible for overseeing all aspects of the engineering organization, Jack joined WatchGuard in July of 2016 and brings a deep experience in security, software, and hardware engineering. Most recently, he served as the Senior Vice President of Encryption products at Gemalto, and was responsible for engineering, product management, and technology strategy for Encryption products within the company’s Identity and Data Protection division.

Prior to his time at Gemalto, he spent more than nine years at SafeNet (which was acquired by Gemalto) in a variety of leadership roles. As the Corporate Vice President of Client Services he was responsible for driving customer satisfaction, retention, and SAS service operations excellence. Also, Jack previously served as the Vice President of Engineering for SafeNet’s Data Protection product portfolios.

Before joining SafeNet, he was the Director of Software Development at Conexant where he supported the development of software and reference designs for the company’s DSL and home networking products. He began his career as a software programmer for IBM.